In 1989 at Grand Anse, Grenada, the Conference of Heads of Government of the Caribbean Community agreed to deepen the integration process and strengthen the Community to respond to the challenges and opportunities presented by changes in the global economy. A key component of the deepening process is the creation of the CARICOM Single Market and Economy (CSME). As a result, the Community embarked on a process of revising the 1973 Treaty by way of nine Protocols which process culminated in the adoption of the Revised Treaty of Chaguaramas (RTC) establishing the Caribbean Community including the CARICOM Single Market and Economy in 2001.

Of the thirteen (13) countries that are parties to the Revised Treaty, Haiti ‘s participation in the economic integration pillar is slow in coming to fruition. Haiti has assumed all of the rights and obligations of the other Members. The programmes for removal of restrictions in Haiti have not been completed and Haiti remains further behind the other Members in completing the institutional and legal framework necessary to fulfil its obligations. Additionally, there are other arrangements that Haiti needs to become a party to in particular the Agreement establishing the Caribbean Court of Justice and the Agreement establishing the Caribbean Court of Justice Trust Fund.

St. Kitts and Nevis, however have agreed to land all Haitians nationals for six months upon entry but they would still require an entry visa.

Immigration officers play a critical role in enhancing the national security of Member States. However, as the first point of contact for persons entering the country (business/pleasure visitors, in-transit passengers), an equally important role for the Immigration officer is to facilitate the smooth entry/passage of such persons into/through the particular country. With the advent of the Revised Treaty and subsequent decisions of the Community, the role of the Immigration officer vis-à-vis CARICOM nationals has shifted the emphasis between national security and facilitation of travel.

All CARICOM Nationals entering on a passport issued by a CARICOM country have a right of entry into another Member State and a right to be given a stay in that Member State for a period of six months. Member States may refuse entry to a CARICOM national where the Member State assesses on an individual case by case basis that the national is undesirable or must be refused to prevent the national from becoming a charge on the public funds.

This right of entry requires that the Immigration authorities stamp the Community national‘s passport with an entry stamp for six-months regardless of whether the individual is traveling for one day, in-transit (once he must clear Immigration), or for six weeks and regardless of the purpose for the visit (once it is lawful).

A CARICOM National seeking to exercise his right to seek employment in another Member State would need a Certificate of Recognition of CARICOM Skills Qualification, also known as Skills Certificate. He or she can apply for the Skills Certificate in his or her home State or in any other Member State participating in the CSME. He or she must submit to the relevant Ministry/Department a completed application form, birth certificate, marriage certificate where applicable, passport size photographs along with a copy of the bio data page of his or her valid CARICOM passport, police certificate of character and documentation to show that he or she is qualified in one of the ten categories.

The ten categories are:

If a CARICOM national does not qualify in any of the above-mentioned wage-earning categories, then he/she would be required to apply for a work permit. The Ministry of National Security oversees applications for work permits in St. Kitts and Nevis.

The CARICOM national who presents his or her Skills Certificate at a Port of Entry would be given an entry stamp for a period of six months with permission to work.

The Ministry of International Trade

Citizenship by Resident for more than 14 years

Dedicated To Serving You 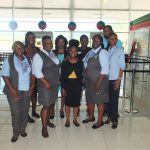 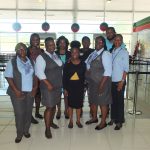 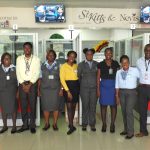 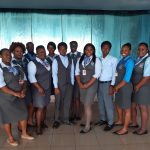 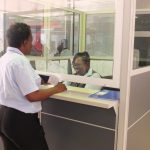 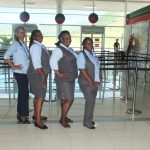 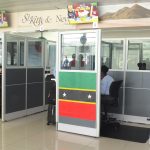